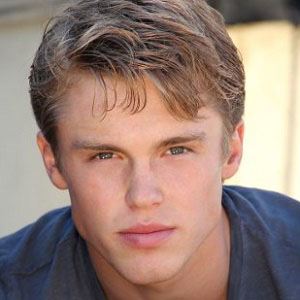 Best known for his recurring role as Jasper Landry in the ABC Family series The Fosters. He was previously seen in episodes of the show GCB.

He kicked off his acting career in 2010 when he appeared in an episode each of iCarly and Pair of Kings.

He is the brother of actor Charlie DePew.

He landed a role in the independent film The Happys alongside Janeane Garofalo.

Jack DePew Is A Member Of