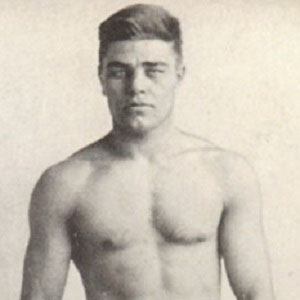 American boxer who was nicknamed "Jack the Giant Killer" due to his ability to defeat the top Heavyweights of his time, including Battling Levinsky. He held the title of World Light Heavyweight Champion from April 1914 to October 2016 and was posthumously inducted into the International Boxing Hall of Fame.

He began his career in professional boxing in 1908 at the age of 17.

He worked at the stable which housed the famous racehorse Sidney Dillon, who served as the inspiration for his ring name.

His birth name was Ernest Cutler Price. He was born in Frankfort, Indiana.

He and Marvin Johnson are both former Light Heavyweight World Champions.

Jack Dillon Is A Member Of