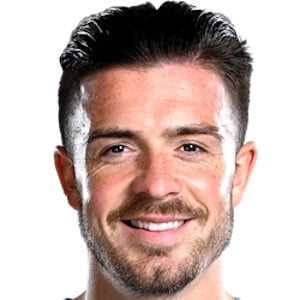 Winger and attacking midfielder who began his professional career with Aston Villa in 2013. He was transferred to Manchester City in 2021. He also has played for the England national under 21 team.

He had seven appearances for the Republic of Ireland's U17 team between 2011 and 2012. He scored three goals.

He was born in Birmingham, England alongside his four siblings, including his sister Holly. He had a younger brother named Keelan who passed away at only nine months old due to sudden infant death syndrome. He began dating model Sasha Atwood.

He and Christian Benteke became teammates on Aston Villa.

Jack Grealish Is A Member Of