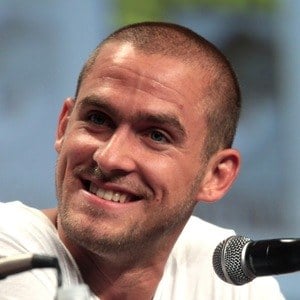 Television and film actor notable for his roles as Gabriel Bolivar in FX's The Strain and Roller in TNT's Claws. He portrayed Black Tom Cassidy in Deadpool 2 and Leon in Baywatch as well.

He studied theater at the Guildhall School of Music and Drama in London.

He served in the US Marine Corps.

He was born in the US, and lived in both Italy and East Germany as a child.

He was featured alongside Beau Knapp in the 2018 remake of Death Wish.