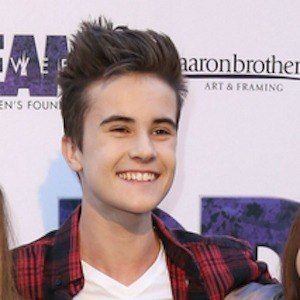 Australian stage actor and singer seen on The Voice Kids who has performed in productions of Chitty Chitty Bang Bang, Beauty and the Beast and Love Never Dies. In 2013, he also acted in Gypsy, Pippin and Twisted Broadway.

In 2008, he was the lead singer of a production at his performing arts school, and was partaking in private singing lessons that year.

He spent years as a member of the National Boys Choir of Australia as a soprano.

He is from Victoria, Australia.

Jack Lyall Is A Member Of