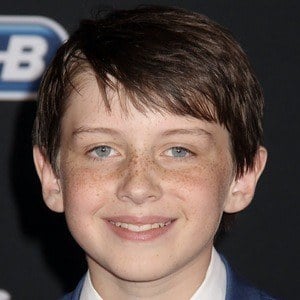 Voice actor known for his role as Young Arlo in the 2015 movie The Good Dinosaur. He then assumed the voice of Mighty on The Stinky & Dirty Show on Amazon.

Prior to landing his part on The Good Dinosaur, he acted in the show Workaholics and the movie Caesar and Otto's Paranormal Halloween.

He also appeared in a 2016 episode of Criminal Minds and was cast as Young Matt in the 2016 film Feed.

His siblings Aidan and Madeleine have also acted. He also has a sister named Violet.

Jack McGraw Is A Member Of