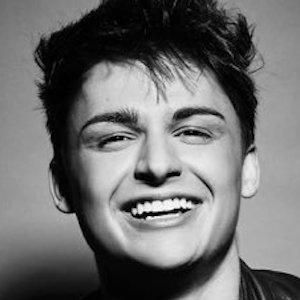 British pop singer who is known as both a solo artist and as a former member of the group EverYoung.

He attended the Sylvia Young Theatre School in Central London.

He posted a photo with his mother in honor of Mother's Day to his Instagram account in March 2016.

He covered Adele's song "Hello" on his YouTube channel in November 2015.

Jack Morlen Is A Member Of