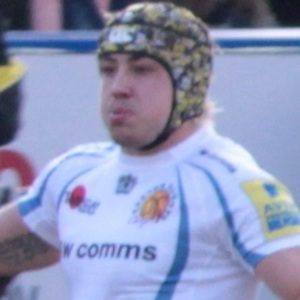 Professional rugby player recognized for playing primarily as a full-back for the Exeter Chiefs and the England national teams. He has previously played extensively with Albion and Plymouth.

He began his youth career with the Cornish Pirates. He then went to Truro College where he studied Sport Performance and Excellence.

He played with both the England under-18 and under-20 national teams before joining the senior squad in 2014.

He was born Jack Thomas Nowell in Truro, Cornwall.

He has played alongside lock Geoff Parling as a member of the Exeter Chiefs rugby team.

Jack Nowell Is A Member Of