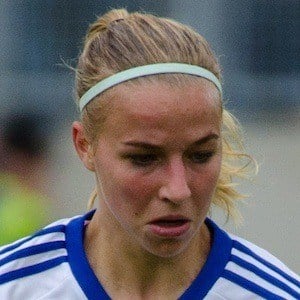 Midfielder known for her play with both FFC Frankfurt of the Bundesliga and the Dutch women's national team. She also spent time playing for Chelsea.

Outside of soccer, she has won a number of judo championships. She studied law at Tilburg University.

She grew up playing soccer with her sister Merel.

She and Vivianne Miedema both played for Dutch women's national team.

Jackie Groenen Is A Member Of