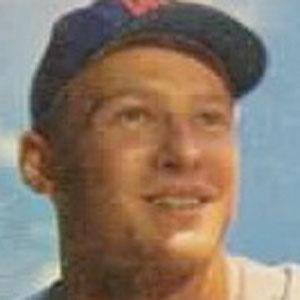 MLB right fielder and winner of the 1958 American League Most Valuable Player Award.

He served in World War II before attending the University of California where he played football and baseball.

He became the first player to play in the Rose Bowl, the World Series, and the MLB All-Star game.

He had three children with Zoe Ann Olsen but after their divorce he married Katherine Cortezi, whom he remained married to until his death.

While on the Red Sox, he played opposite Hall of Fame outfielder Ted Williams.

Jackie Jensen Is A Member Of