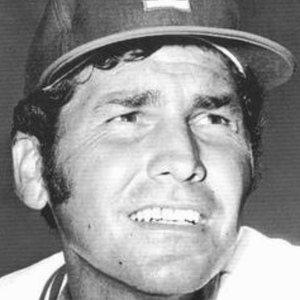 Spent one season in the majors as a catcher for the Detroit Tigers then went on to become a manager and long-time coach, most known for his time as a base coach for the Texas Rangers.

Originally an outfielder, he converted to catcher when he got to the big leagues.

He dedicated more than 40 years of his life to coaching baseball, predominately at the major league level.

His son Johnathan was drafted by the Texas Rangers.

When asked about John Kenneth Galbraith, he said, "I remember him. Short guy. Mustache. Played third base for Pittsburgh."

Jackie Moore Is A Member Of