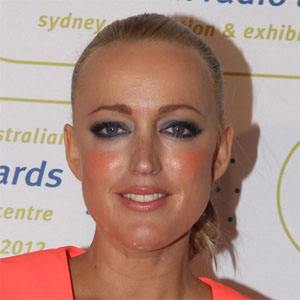 Australian television and radio host who became known for her work on The Hot 30 Countdown and Australian Princess.

She worked in an office and in a sandwich shop before beginning her career as a radio and TV host.

She and Kyle Sandilands co-hosted a popular radio show called the Kyle and Jackie O Show.

She and her then-husband, Phil O'Neil, co-hosted a 1990s show called Ground Zero. She later had a daughter with her second husband, Lee Henderson, whom she married in 2003.

She was criticized by Australian Prime Minister, Kevin Rudd, for her insensitive on-air comments to a teenage rape victim.

Jackie O Is A Member Of