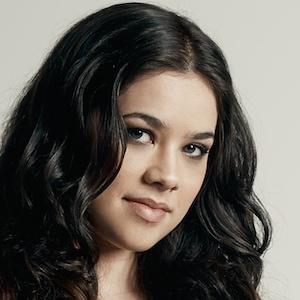 New Zealand pop singer known for winning The X Factor who later released her chart-topping single, "It's Worth It."

She studied at Greymouth High School and was employed by her father's slaughterhouse prior to her 2013 appearance on the first New Zealand season of The X Factor.

She performed the Dusty Springfield hit "Son of a Preacher Man" during the fourth round of The X Factor.

Her paternal heritage is Ngapuhi, meaning that her father's family belonged to a New Zealand Maori tribe.

She auditioned for The X-Factor with the indie song, "Skinny Love," which was written by Bon Iver singer-songwriter Justin Vernon.

Jackie Thomas Is A Member Of