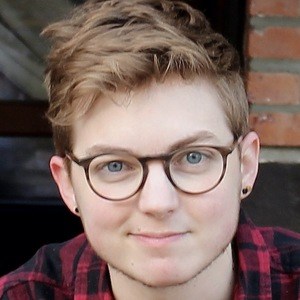 Content creator on YouTube with an eponymous channel who made comedic and educational LGBTQ+ related videos. He is also known as JACKISNOTABIRD or by his original YouTube name, loraxism. He was also known for creating an episodic series called "Will It Waffle?"

He originally launched his YouTube channel in 2010. The first video on the channel was from April of 2012 and titled "[VEDA 24] Struck By Lightning review (NO SPOILERS)."

He is also an author, public speaker, podcaster and pub quiz host. He wrote the book Sorted and hosted the podcast, Transmission.

He is from the United States. He is transgender, and transitioned from female to male.

One of his earliest videos was called "Will Oreos Waffle? feat. Karen Kavett."

Jackson Bird Is A Member Of