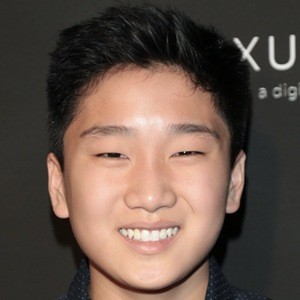 Rocketed to fame in 2016 after he was cast as Billy the Kid in the revival of the popular show Baywatch alongside Dwayne Johnson. He also appears as Hennessey in the popular sitcom Fresh Off the Boat.

He made his acting debut in 2015 in the film One Night of Fear.

Outside of his acting career, he also has a self-titled YouTube channel for vlogs, sketches, and song covers.

His mother's name is Kerri. He has two sisters.

In the 2016 comedy The Substitute Spy, he appeared alongside Jasmine Guy and Claudia Jordan.

Jackson Geach Is A Member Of