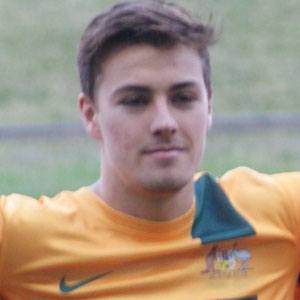 Australian central midfielder who joined Celtic FC in 2012 after debuting professionally with Frankston Pines in 2010.

He played on the Scottish U-19 and the Australian U-20 national soccer teams.

He was born in Melbourne, Australia to a Scottish father.

Early in his career, his skills were favorably compared to Spanish midfielder Javi Martinez.

Jackson Irvine Is A Member Of