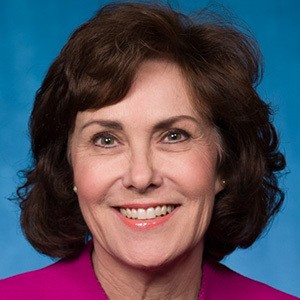 Politician who rose to fame after winning a seat in the U.S. House of Representatives for Nevada's Third District. She is only freshman in the House to win a seat during the 2018 mid-terms.

She's originally from Chicago, Illinois, but followed her parents out to Las Vegas after graduating college.

She also achieved the added distinction of being one of the few candidates to defeat an incumbent during the 2018 elections.

She married Larry Rosen in 1993 and they share a daughter.

She defeated Republican Dean Heller during her 2018 election.

Jacky Rosen Is A Member Of