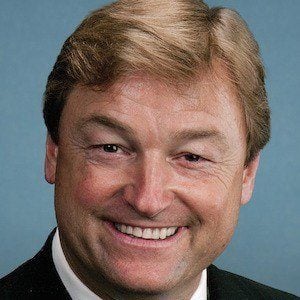 Republican politician who became a U.S. senator from Nevada in 2011 after serving as a member of the U.S. House of Representatives for four years.

He earned his bachelor of business administration from the USC Marshall School of Business in 1985 before working as an institutional stockbroker, and as a broker/trader on the Pacific Stock Exchange.

In 2013, he changed his position and voted for the Employment Non-discrimination Act, which prohibited employment discrimination on the basis of sexual orientation.

He had four children with his wife Lynne.

He became a prominent Mormon politician like Mitt Romney.

Dean Heller Is A Member Of