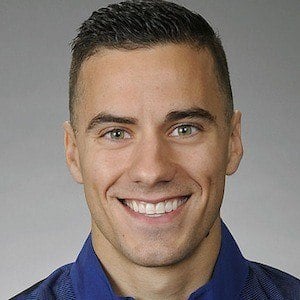 American gymnast who represented the US at the 2012 and 2016 Olympic Games. He won two gold medals at the 2012 Pacific Rim Championships.

He was an All-American gymnast in 2011 while competing for the University of Oklahoma.

He has one sister named Jessi.

Jacob Dalton Is A Member Of