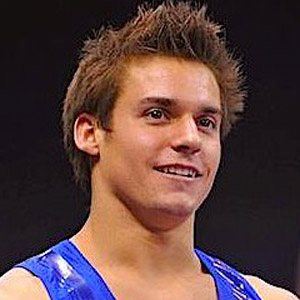 Olympic gymnast who represented the United States at both the 2012 London Games and 2016 Rio Games.

While at the University of Michigan, he won the individual all-around title at the NCAA Men's Gymnastics Championship in 2011 and went on to win silver at the Visa Championships.

He was the first Michigan Wolverine to be named to the men's Olympic gymnastics team.

His parents both participated in gymnastics at the University of California, Berkeley.

Sam Mikulak Is A Member Of