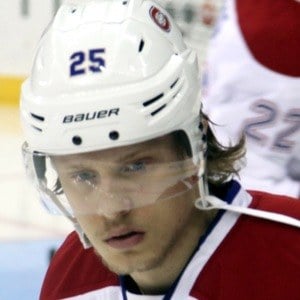 With a passion for the sport early on, he was selected in 2013 as the 34th overall pick of the NHL Draft. He went on to score his first point in his fifth NHL game in February of 2015. He then went on to serve as Sweden's captain during the 2015 World Junior Ice Hockey Championships.

He is known for helping the Swedish national team win the gold medal at the Ice Hockey World Championships in Denmark in 2018.

He was born and raised in Arvika, Sweden. His father Anders is a retired ice hockey player and youth coach who helped inspire him in his career.

He played alongside Filip Forsberg on the Leksand IF team as well as the Swedish national team.

Jacob de la Rose Is A Member Of