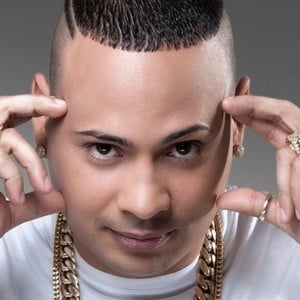 Cuban reggaeton artist who dominated the Billboard Charts in 2016 with his breakout solo single "Hasta Que Se Seque El Malecón." He is also known for being a former member of the popular reggaeton band Gente de Zona.

He traveled across the world with a dance troupe as a child.

He was signed to Sony Music Latin after his song "Hasta Que Se Seque El Malecón" spent two months in the top ten on the digital sales chart.

His birth name is Yosdany Jacob Carmenates. He was born in Camagüey, Cuba.

Jacob Forever Is A Member Of