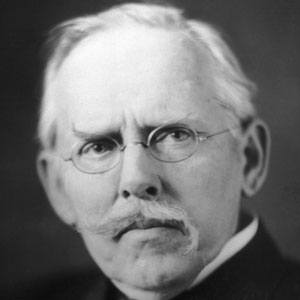 Danish American journalist and photographer who tried to alleviate the bad living conditions of impoverished New Yorkers through his writing and photography. Throughout New York there are several parks and buildings named after him.

He is considered one of the fathers of photography due to his very early adoption of flash in photography, and his How the Other Half Lives: Studies among the Tenements of New York: a 1890 publication of photojournalism, which is seen as the basis of muckraking journalism.

His second wife, Mary Phillips, outlived him by 53 years.

He was lifelong friends with President Theodore Roosevelt and wrote a campaign biography of him.

Jacob Riis Is A Member Of