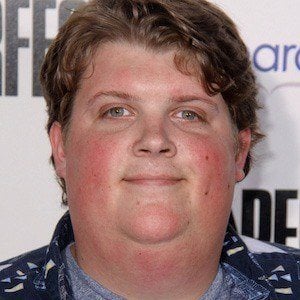 Actor who first rose to fame appearing on the ABC Family series Huge as Dante Piznarski. He later went on to star in the 2014 television mini-series Interns and make appearances in Key and Peele, Glee, and Pitch Perfect. He is also a member of Bath Boys Comedy.

He first showed interest in acting in high school, starring in theater productions and performing with ComedySportz.

He earned his first major leading role as the title character in Terri, a 2011 dramedy starring John C. Reilly.

He was born in Lomita, California.

He starred alongside Nikki Blonsky and Raven Goodwin in the 2010 series Huge.

Jacob Wysocki Is A Member Of