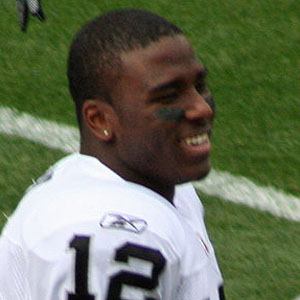 Wide receiver and return specialist known for his elite running speed. He joined the NFL's Oakland Raiders in 2010.

He attended Cardinal Newman High School in Florida, competing in football and track.

He ran track at Clemson University and was an NCAA champion in the 60 meters in 2009.

He joined running back Darren McFadden on the Raiders in 2010.

Jacoby Ford Is A Member Of