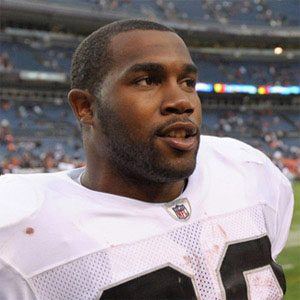 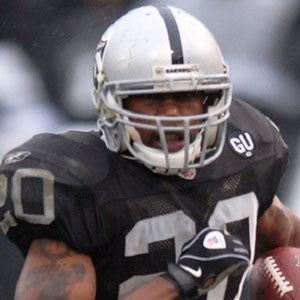 All-American running back at Arkansas who was selected 4th overall by the Oakland Raiders in 2008. He struggled to stay healthy early in his NFL career but managed to rush for 1,157 yards in 2010, his third season. After seven years in Oakland, he signed with the Dallas Cowboys in 2015.

He was an Arkansas standout starting in his first year, when he set the record for most rushing yards by a freshman.

He grew up as the tenth of twelve children to Graylon McFadden and Mini Muhammad.

He tied a Raiders record held by Marcus Allen for the most touchdowns in a single game (4).

Darren McFadden Is A Member Of