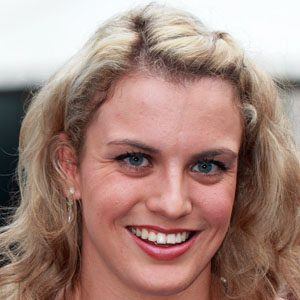 Paralympic swimmer who won a record eight gold medals for Australia at the 2012 Paralympic Games. For her spectacular performance, she received the World Disabled Swimmer of the Year award.

She was born with cerebral palsy.

She has set two world records in the S7 400 meter freestyle.

Her father, Michael, has served as her coach.

She was teammates on the 2012 Australian Paralympic swim team with Taylor Corry.

Jacqueline Freney Is A Member Of