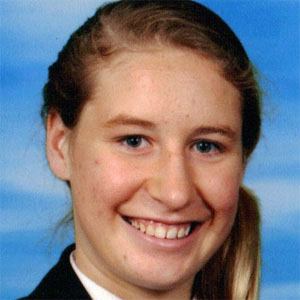 Paralympic swimmer who won silver at the 2012 Paralympic Games in the 100 meter backstroke and 200 meter freestyle.

She began swimming when she was nine, and won three gold medals at the 2009 National Underage Championships.

She competes in the S14 classification.

Her brother, Keiran Corry, is also an accomplished swimmer.

She swam in the 2012 Paralympics, which featured swimmer Ahmed Kelly.

Taylor Corry Is A Member Of