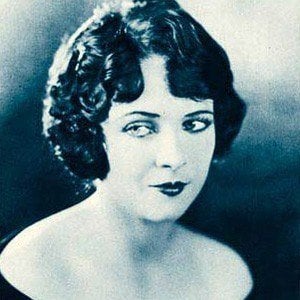 Silent film era star of the 1920s who appeared in director Cecil B. Demille's classic film The King of Kings.

After getting a part in a small Broadway musical, she was noticed by the Flo Ziegfeld and became one of the Ziegfeld girls.

Her part on the King of Kings, as Jesus' companion Mary Magdalene, was highly coveted by the major Hollywood stars of the age.

She starred opposite John Barrymore in several silent film era classics of the 1920s.

Jacqueline Logan Is A Member Of