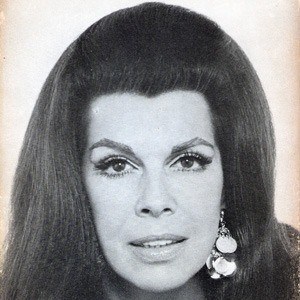 Bestselling novelist of Valley of the Dolls and The Love Machine. She also hosted a short-lived television program called Jacqueline Susann's Open Door.

She pursued an acting and modeling career in New York before beginning her writing career. She published her first novel, Every Night, Josephine!, in 1963.

Her novel, Valley of the Dolls, spawned both a hugely popular movie and a TV series.

She had numerous affairs, but remained married to Irving Mansfield. She died of metastatic cancer at the age of fifty-six.

She had an affair with Eddie Cantor.

Jacqueline Susann Is A Member Of