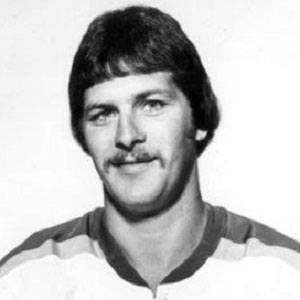 Former NHL center known to be one of the game's top prospects that never lived up to expectations.

He had a remarkable junior hockey career, leading him to be drafted 2nd overall by the Atlanta Flames in 1972.

He was arrested in 1989 for attempting to smuggle cocaine into Canada and sentenced to 7 years in prison.

After his retirement his life continued on in its downward spiral, concluding with his death in a car crash while under the influence.

He played alongside Hall of Famer Guy Lafleur on the QMJHL's Quebec Remparts in the early 1970s.

Jacques Richard Is A Member Of