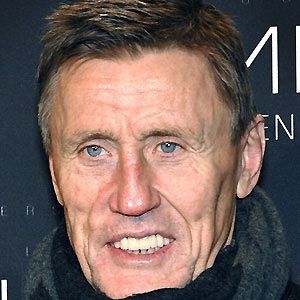 NHL Hall of Fame defenseman who was one of the first Europeans to play in the league. He played for the Toronto Maple Leafs from 1973 to 1989. In November of 2022, his wife announced that they would no longer be making public appearances.

He was spotted in the Swedish leagues and invited over to the NHL.

He challenged the Swedish Chicken stereotype of European hockey players who could not compete in the tougher NHL. In February of 2022, he developed Lou Gehrig's Disease.

His father worked in the mines and perished in an accident when Borje was five years old.

He paved the way for future generations of Swedes in the NHL, like Thomas Steen.

Borje Salming Is A Member Of