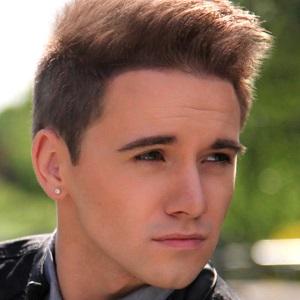 Canadian pop artist, singer, songwriter and musician guided by a passion for music that has driven him from the first moment he picked up a guitar at the age of seven. He released his debut six-song EP, Born For This, in May of 2012 and scheduled his first full length release, Diversity, for 2015.

In high school, he practiced singing every chance he could. He was chosen to write and sing a song for the closing ceremonies for his graduating class in 2009.

His single "Incredible" peaked at #31 on the Canadian CHR Top 40 chart and played on the biggest radio stations, including Virgin, The Beat and Hits FM.

He grew up with a brother. His parents were at first concerned about his career path, but realized he may be meant for a career in music after he received a standing ovation for his performance at his high school graduation.

Jaden Chase Is A Member Of