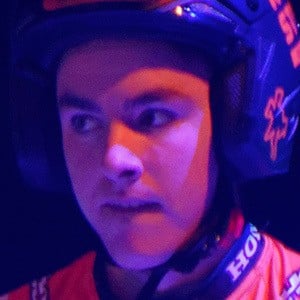 Spanish professional motorcycle racer who is known for competing in the X-Trial World Championships as a sponsored athlete through the Gas Gas bike company. He shares both photos of his riding and videos from his championship runs through Instagram for his over 40,000 followers.

He first started sharing riding based content through Instagram in June of 2013. He then made his professional racing debut in 2015 and went on to win his first gold medal in the series in 2016.

He is known for having won the gold medal at the X-Trial Paris World Championship during the 2018 season.

He was born and raised in Spain and is known for dating model and fellow rider Alba Lara.

Cody Webb is a fellow motorcycle racer and athlete who is also known for competing in the X-Trial World Championships.

Jaime Busto Is A Member Of