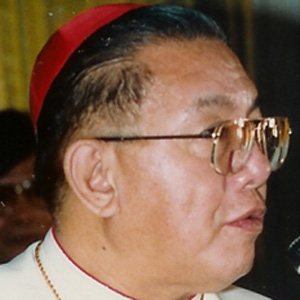 Chinese Filipino Roman Catholic cardinal who was the Archbishop of Manila from 1974 to 2003.

He left his childhood home to study at the St. Vincent Ferrer Seminary, where he was ordained in 1954.

He burnt boxes of condoms sent by the government to prevent the spread of HIV due to his beliefs that birth control is a sin.

He had fifteen brothers and sisters.

He was absent from the 2005 papal conclave that selected Pope Benedict XVI due to illness.

Jaime Sin Is A Member Of