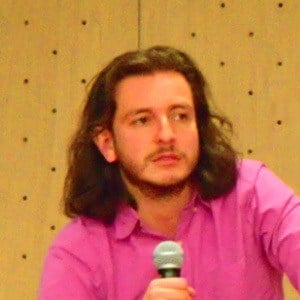 Teacher and activist who was elected a member of the Voices of Peace movement in 2016.

He studied political science at the National University of Colombia. He gained attention in 2011 as a student leader, leading the students in protest against the education reform proposed by Juan Manuel Santos's government.

Outside of his political work, he writes poetry and music, particularly focusing on the armed conflict in Colombia and its aftermath.

His full name is Jairo Andrés Rivera Henker. His mother is a dentist and his father is a writer.

Jairo Rivera Is A Member Of