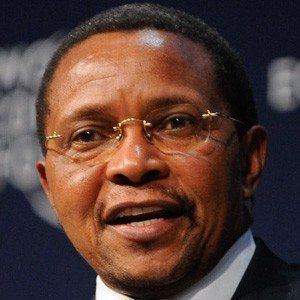 President of Tanzania who assumed office in 2005. He was previously the Minister of Foreign Affairs for ten years and was one of the youngest Finance Ministers in the history of Tanzania.

He learned his leadership skills in the military, serving from 1972 to 1992.

During his term as President, he also served as chairperson of the African Union for one year, from 2008 to 2009.

Like him, Julius Malema was another prominent political leader out of Africa.

Jakaya Kikwete Is A Member Of