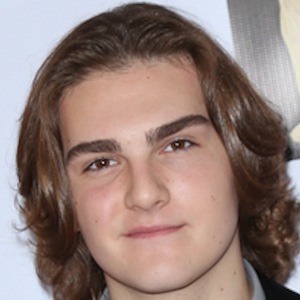 Actor who has become famous for his television roles, including young Marvin Eriksen on How I Met Your Mother, Dennis on Shameless, and Stephen on Speechless. He can also be seen in films like Bukowski (2013), Papa (2016), and The Meanest Man in Texas (2017).

He was cast in his first television commercial at age 5. He made his television debut on the series Uh Ye in 2006.

He is a respected dancer who has shown off his skills on shows like Shake it Up and Fresh Beat Band.

He has a brother named Kyle.

He played the teenage version of Bill Fagerbakke's character on How I Met Your Mother.

Jake Elliott Is A Member Of