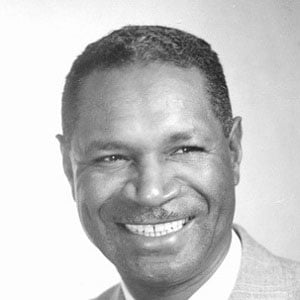 College Football Hall of Fame inductee who was the head coach of Florida A&M from 1945-1969 and won more than 200 games.

He played football at Knoxville College.

In 1963, he was one of the first coaches to starting using the split-T formation.

His father was a preacher, and it was expected that Gaither follow in his footsteps.

He ran a coaching clinic that Paul Bear Bryant attended.

Jake Gaither Is A Member Of