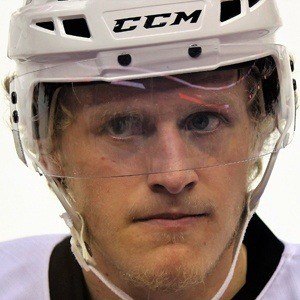 Center and winger who helped the Pittsburgh Penguins win the Stanley Cup in 2017.

He played varsity hockey at the Hill-Murray School in Minnesota before committing to the University of Nebraska, Omaha.

He was selected by the Pittsburgh Penguins in the third round, 77th overall, in 2013.

His father Mike was associate head coach at the University of Minnesota. His older brothers Ryan and Gabe both played professionally.

Mike Sullivan became his coach on the Penguins.

Jake Guentzel Is A Member Of