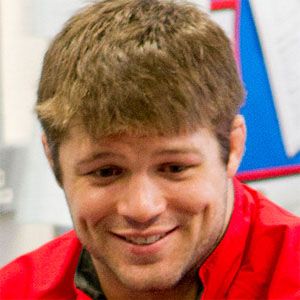 Wrestler who made his Olympic debut at the 2012 Summer Games in Sochi, missing a medal only due to a questionable call by the official.

He attended Northwestern University, where he was a two-time NCAA champion.

He won a silver medal in 2009 at the World Wrestling Championships.

He was teammates with Jordan Burroughs at the 2012 Olympics.

Jake Herbert Is A Member Of