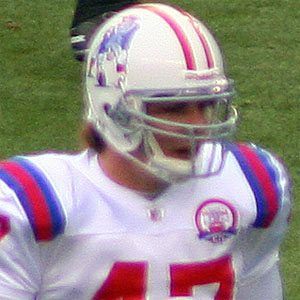 Long snapper who made his NFL debut in 2009 for the New England Patriots.

He attended the University of Hawaii, where he began his career as a defensive back, but quickly switched to long snapper.

His younger brother, Luke Ingram, also was a long snapper for Hawaii, and in the NFL.

His college coach, June Jones, is responsible for helping him switch to his best position.

Jake Ingram Is A Member Of