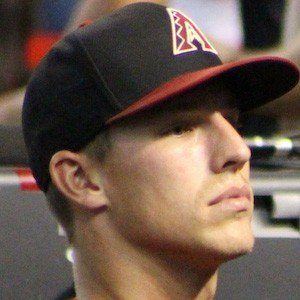 MLB third baseman who was a sixth-round selection of the Arizona Diamondbacks in 2012. He made his major league debut with the team in 2014.

He was a 38th-round pick of the Pittsburgh Pirates out of high school, but decided instead to play college baseball at the University of Washington.

He had his breakout season in 2016, when he was one of the last players left off the NL All-Star roster by manager Terry Collins.

He was born to Deonne and John Lamb and has three siblings.

He and Paul Goldschmidt formed a powerful middle-of-the-order combination for the Diamondbacks in 2016.

Jake Lamb Is A Member Of