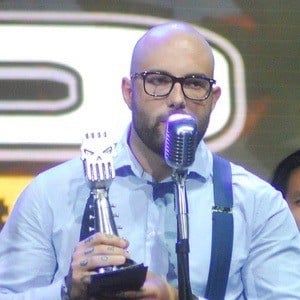 He made his debut as the frontman for August Burns Red on the band's sophomore effort Messengers, their breakthrough album.

His vocal style differs from other melodic metalcore vocalists as he does not mix clean vocals with screams.

In 2011 he married Kristin Michele Welch.

Jake Luhrs Is A Member Of