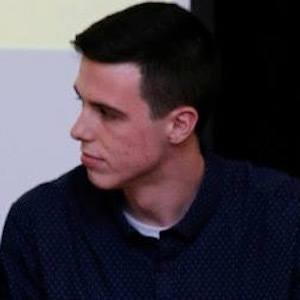 Rising comedic personality on YouTube who uploads sketches with a group of friends. He would partner up with Maker Studios and begin writing and directing a series called Always Connected XD on 101darkmonkey's channel.

He played a minor role in the 2003 comedy Cheaper by the Dozen, and also made a pilot with Disney.

He and his friend and partner Nick Ingrassia host a podcast called Off Topic.

He once filmed a video with movie actor Pierce Brosnan.

Jake McCoy Is A Member Of