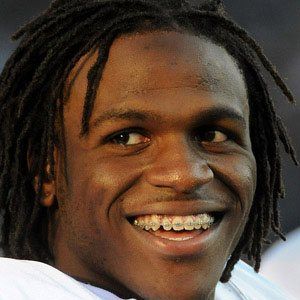 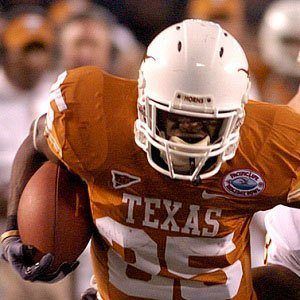 NFL running back who ran for over 1,400 yards in 2010 with the Kansas City Chiefs, earning his first Pro Bowl selection. He totaled over 2,000 combined rushing receiving yards for the first time in his career in 2013, while adding 19 touchdowns.

He played college football with the Texas Longhorns for three seasons and was also a track and field star.

In 2010, the Chiefs signed him to a $32.5 million deal to guarantee that he'd be a Chief throughout the prime of his career.

He married Whitney Charles in 2012, and he has two daughters named Makenzie and Makaila.

His quarterback with Kansas City in his first few seasons was Matt Cassel.

Jamaal Charles Is A Member Of