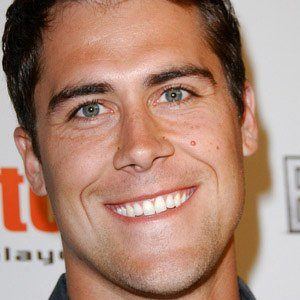 NFL quarterback who excelled during the 2008 season for the New England Patriots after replacing injured quarterback Tom Brady. He then went on to play for the Kansas City Chiefs and Minnesota Vikings.

He played football at USC but was never the starter, playing behind Carson Palmer and Matt Leinart.

He was acquired by the Chiefs via a trade with the Patriots in 2009.

He married Lauren Killian, a former volleyball player for USC, in February 2007. He has a daughter named Quinn.

He was the backup to Tom Brady on the New England Patriots for several seasons before becoming earning a starting role in Kansas City.

Matt Cassel Is A Member Of