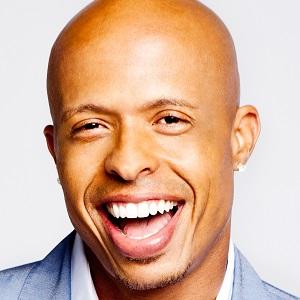 Highly sought after director/choreographer who has worked on notable musicals such as Footloose, Cirque du Soleil's Michael Jackson: The Immortal World Tour, and Hairspray. He is the director of the World of Wonder Productions documentary Buck U.

Some of his earlier choreography jobs came on film sets for Vanilla Sky, Garfield, After the Sunset, and more. He has been involved with each of the Step Up films since the first one hit theaters in 2006.

He has other choreography credits for Dancing with the Stars, the Emmy nominated 82nd Academy Awards, Miley Cyrus Wonderworld Tour, So You Think You Can Dance, and more.

He was born in Pomona, California.

He worked with Neil Patrick Harris as the supervising choreographer for Rent at the Hollywood Bowl.

Jamal Sims Is A Member Of