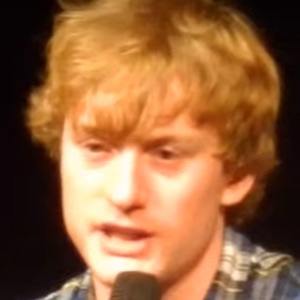 Comedian whose 2012 act "Prompt" was nominated for an Edinburgh Comedy Award. He also received a New Zealand Comedy Guild honor in 2013.

He was the drummer for such local Northamptonshire bands as Three Line Whip and Pindrop.

He co-hosted a radio program called "My First Gig."

He was raised in Kettering, Northamptonshire, England.

He appeared in 2011 on Chris Addison's Show and Tell.

James Acaster Is A Member Of