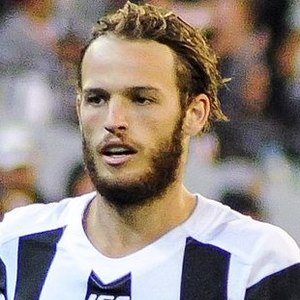 Australian rules footballer who began his AFL career with the Brisbane Lions in 2014. He became a Rising Star nominee in his rookie season; he'd later sign with Collingwood in 2016.

He played in the South Australian National Football League for Norwood and became the youngest player to play for the team at the league level in 134 years.

He comes from a football family, his uncle being Michael Aish, who received the Magarey Medal. His father was Norwood midfielder Andrew Aish.

He and Michael Voss have both played for the Brisbane Lions.

James Aish Is A Member Of